For businesses, your marketing is only as successful as your content is. Or at least that’s how Monica Linders, Marketing Manager at American Health Information Management Association (AHIMA) and her team see it.

AHIMA is a professional association for those involved in health information management.

“We support people within the medical coding or health information industry,” Linders said. “Say, for instance, that you go to the hospital with a broken arm and they treat you. The coders go in and take your form that the doctor fills out and assign an alphanumeric code to it. That’s what they submit to the insurance company and that’s how they know how much they’re going to get reimbursed.”

Linders continued, adding that AHIMA provides a subscription-based service that allows those who experience difficulty finding the correct code to submit a question and receive a prompt answer.

To promote this service, the company had the idea of creating a direct mail piece that would be distributed to health information management directors and supervisors. AHIMA, who has worked with Red Paper Plane twice before, knew that they could count on RPP’s clever templates and reasonable rates.

“We wanted something that could sit on [recipients’] desks that they could look at all year round,” Linders said. “We put a 2019 calendar on one side so they had a reason to keep it there. Then we had our branding on the bottom, and an overview of what the service does so if they’re at their computer and they’re like, ‘Man, I just don’t know if this is the correct code,’ hey, there’s our service.”

And that’s just what the doctor ordered.

The template Linders and her team ultimately chose for this project was the Center Pop. This rubber band activated product ships flat and, when opened, pops into action as a tabletop centerpiece that rises above its base.

Although it is too soon to track ROI from the initiative, internally AHIMA received very positive reactions to the project.

“I was really happy with the way it turned out and I hope that the people that we sent it to enjoy it as well and keep it on their desk,” she said. 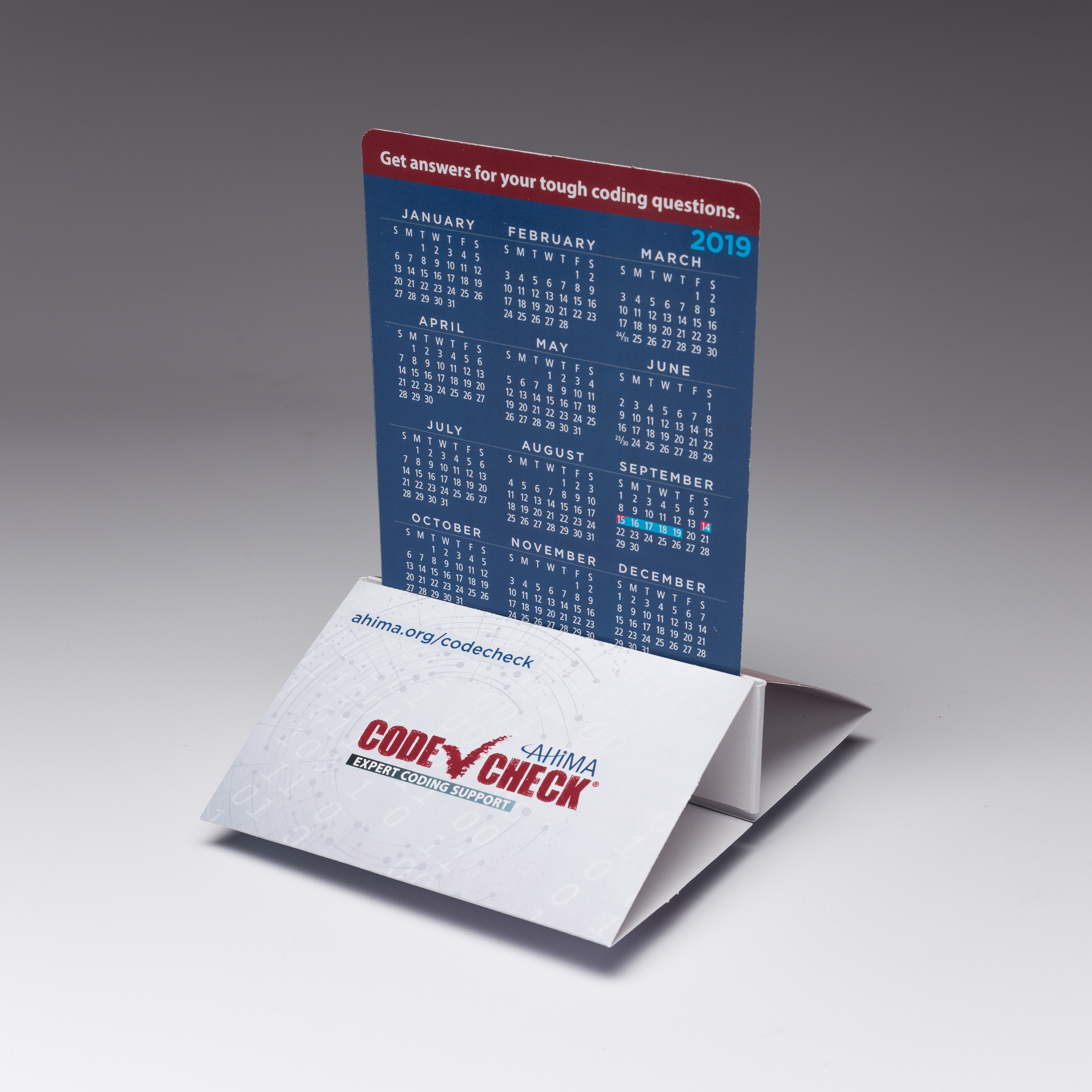