Social Media has quickly become an important tool in a company’s marketing tool box. In 2019, 90.4% of Millennials, 77.5% of Generation X, and 48.2% of Baby Boomers were active on social media (eMarketer). That’s a lot of people that you can potentially reach with your social media content. More and more companies are starting to realize this and are investing a lot of time and money into creating entire social media campaigns. Some have been good; some not so good. We searched the internet for social media campaigns and found 5 that we think really made an impact. 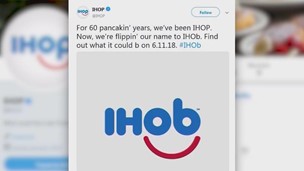 Spotify is an expert at the social media game, but in 2018 they took it to another level. They introduced a new campaign called “Wrapped 2018” where they allowed users to see the total number of hours they listened to music, as well as their top songs, artists, and genres that year. Spotify let users share these findings with all their friends on social media. The campaign turned out to be an annual event that users now actually look forward to.

During the 2017 season, the Cleveland Browns didn’t win a single football game. Bud Light had a good feeling that the Browns would win at least one in 2018 and wanted to reward the long-suffering Browns fans. They announced on social media they would be placing several “Victory Fridges” across the city, and when the Browns won their game, they would unlock the fridges for the celebration. Yes, the Browns finally won a game that season and the fans got their free Bud Lites. What was most impressive was the amount of media attention the fridges got. The campaign saw 313 million social impressions and 500,000 more Bud Lites were sold in Cleveland than the year prior. Now that’s a sweet victory! 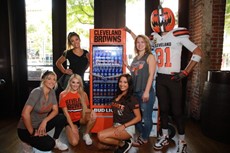 In 2020, Starbucks UK launched the #WhatsYourName campaign. The goal of the campaign was to show that Starbucks was an inclusive company that supported people of all genders. It played on the well-known aspect of the Starbuck’s experience of having your name written on your cup. In the campaign, Starbucks pledged to respect the name that their customers want to be called. Starbucks also partnered with the organization, Mermaids, which supports transgender and gender-diverse youth. The two companies created a cookie that was sold at Starbucks UK stores, and encouraged customers to post a picture with the cookie using the hashtag #WhatsYourName. The campaign was praised by many and even earned Starbucks a few awards. Check out the video here (have your tissues ready): Starbucks LGBT+ Channel 4 Diversity Award 2019 | Every name’s a story (Extended Version) - YouTube 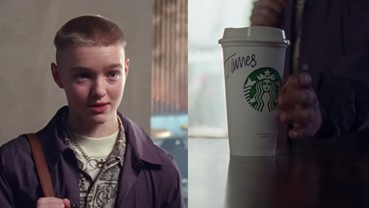 5. PayPal Australia: It Pays to Keep Your Distance

Zoom became all the rage in 2020 thanks to the Coronavirus Pandemic. Companies across the globe did their best to take advantage of the new world of social distancing. One company that succeeded immensely in this was Pay Pal Australia. They launched the “It Pays to Keep Your Distance” campaign on social media which allowed its followers in Australia to enter to win $500 every week. All they had to do to enter was take a snap of their ISO (Isolated) Party, post the snap on Instagram, include the hashtag #PayPalisoParty and tag @PayPalAU in the post. This campaign encouraged its follower to keep social distancing and painted Pay Pal AU as a company that cares about its follower’s well-being. The result was a huge boost in followers and engagements across all social channels.

The goal of a social media campaign is to start a conversation and increase engagement with your brand. We applaud these five companies for thinking outside of the box and creating content that will be talked about for years to come.