Who: City of Eugene, OR

Their Audience: Communities and Constituents

Their challenge: To create promotional material that would highlight EUG2021, the name given to the various projects they're working on to prepare for the IAAF World Championships. Slated to be the world’s largest sporting event that year, it is coming to the United States for the first time and will be hosted in Eugene.

Our Solution: The Flapper®, one of Red Paper Plane's Image Changing Mailers. It has four panels that constantly fold in on themselves, engaging the end user in the story it has to tell.

The Main Pro: The Flapper’s® folding motion is almost addictive and impossible to ignore. Its playful engagement is what makes it so effective.

According to Project Manager, Kim Mast “It’s so cool it makes you want to play with it over and over again.”

The Flapper® promoted the following of the @eug2021 Instagram account and since being used as a handout at various events, local businesses, chambers of commerce, and universities in the area, the account’s followers doubled.

“I didn’t realize it would be this much of a talking point,” Mast said. “It’s really started conversations. We work in a large building with lots of different departments and people keep coming in to take a few, then they come back and take a few more. It’s created quite a buzz.” 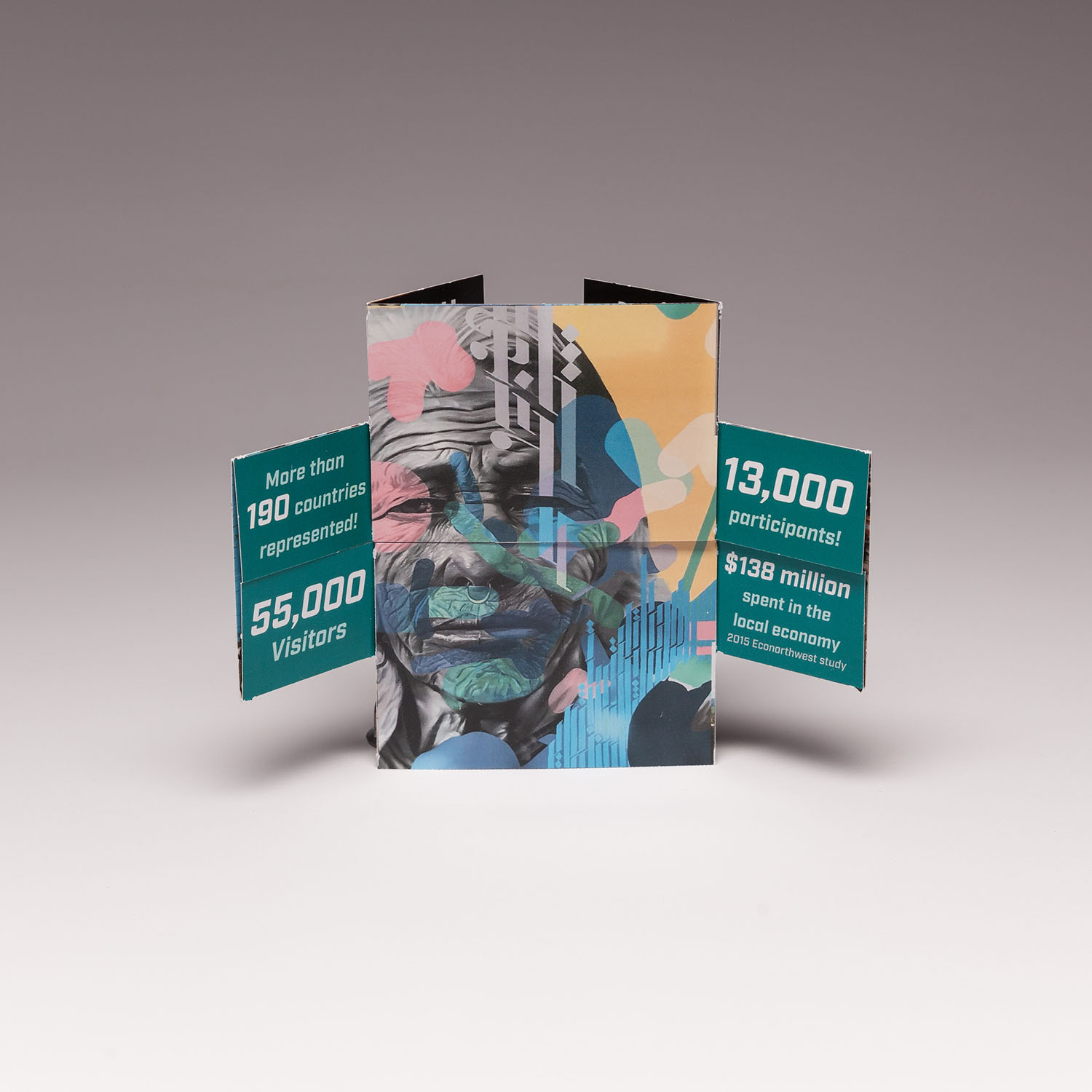 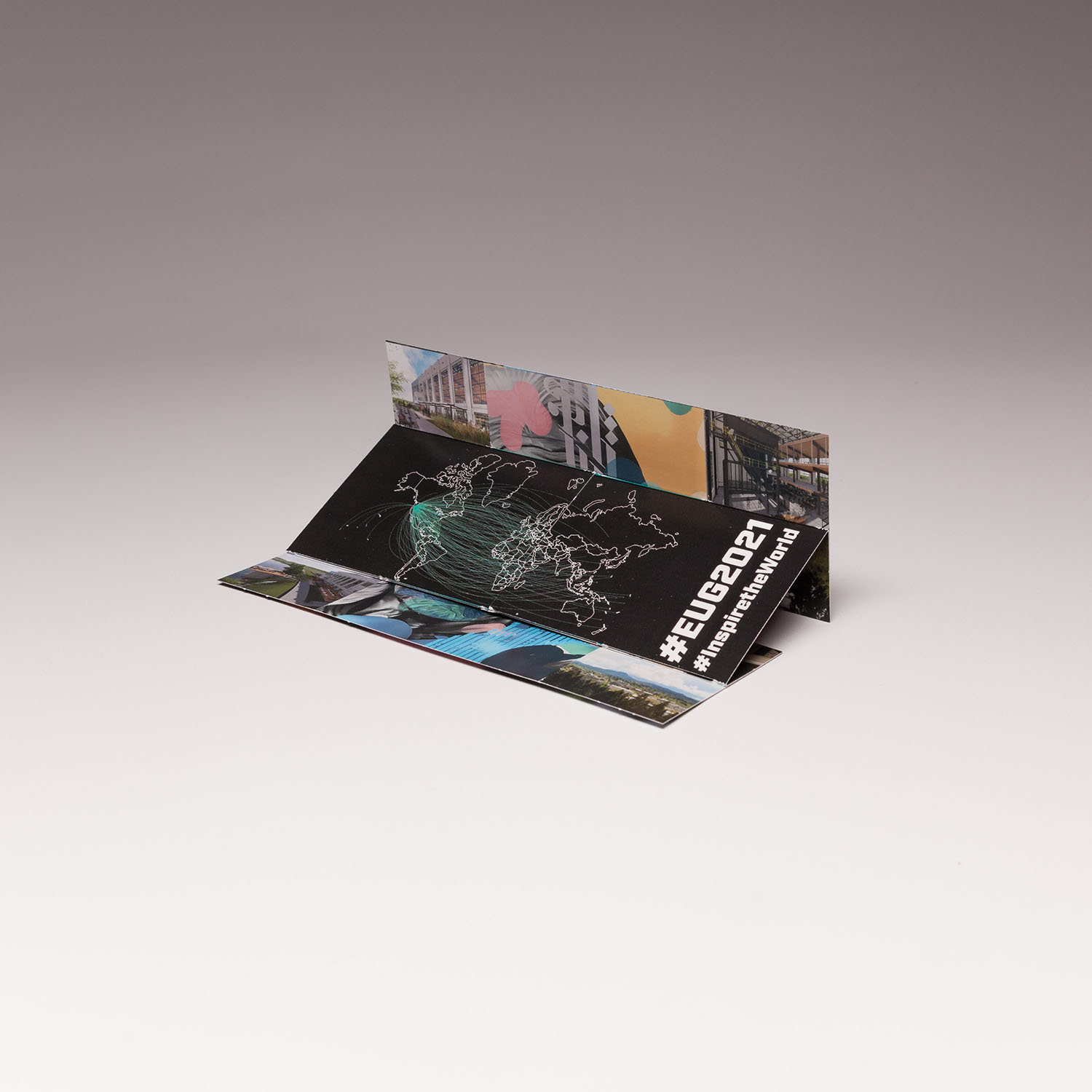 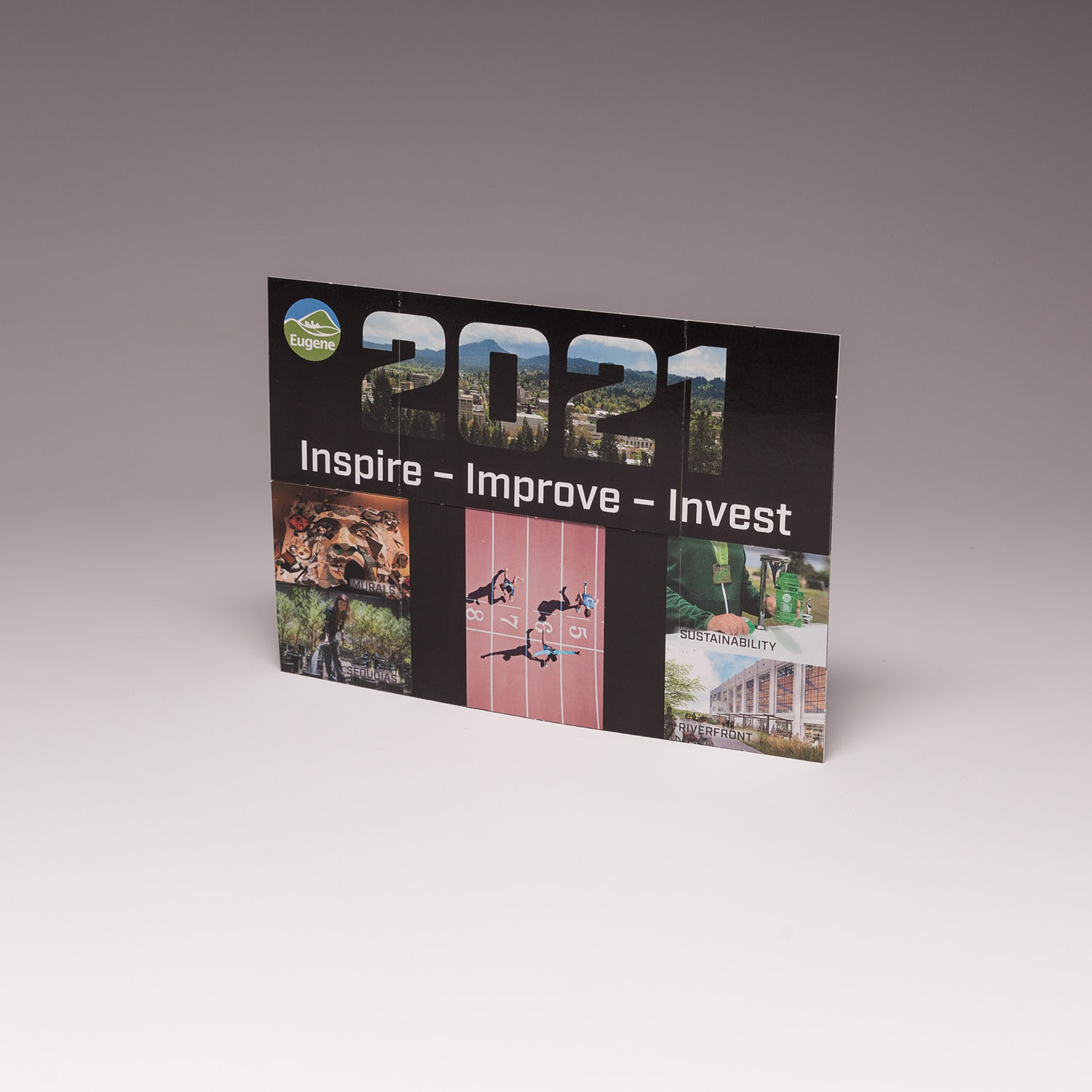