We see it every year - the same humdrum holiday cards. They’re opened, glossed over once, and tossed in the bin never to be seen (or thought of) again.

This year, Stephanie Siefert, Marketing & Business Development Manager, and her team at Aspen Environmental Group, vowed they wouldn’t be one of them.

Siefert said the team sends out an annual paper card around the holidays to thank their clients and keep themselves top-of-mind. In recent years, discussions around the card have been peppered with questions: “Should we do a paper card this year? What about an electronic card?”


After receiving a dimensional card from a client the previous year, the team was in agreement - they’d try to find a more attention-getting print option with some staying power.

“We have a graphic designer on-staff and she had an idea to have a three-section accordion-style card where the front part had a cutout,” Siefert said. “ So, when we found Red Paper Plane, we found you had a three-panel card with a rotating snowflake and we thought well, let’s customize it. It was perfect.”


The Snowflake Spinner Holiday Card is a Z-fold card in which the middle panel overlaps and leaves a small section of the inside back panel exposed. Then, as the card is opened and closed, an elegant snowflake die-cut moves and rotates.

Pulling from the group’s name, the designer crafted a sky blue background with snowy Aspen trees that would go in the center of the card and carried throughout.

“Actually, it was cool because I guess our graphics person had created a mock-up of the card after we had submitted the artwork to you guys to visualize what it would look like once we got the actual card,” Siefert said. “It was awesome; it looked very similar to her mock-up, but obviously it was a way better quality. It looks really sharp and we received lots of compliments from people, even people who think that maybe physical holiday cards are going out of style. Even they said these look great.” 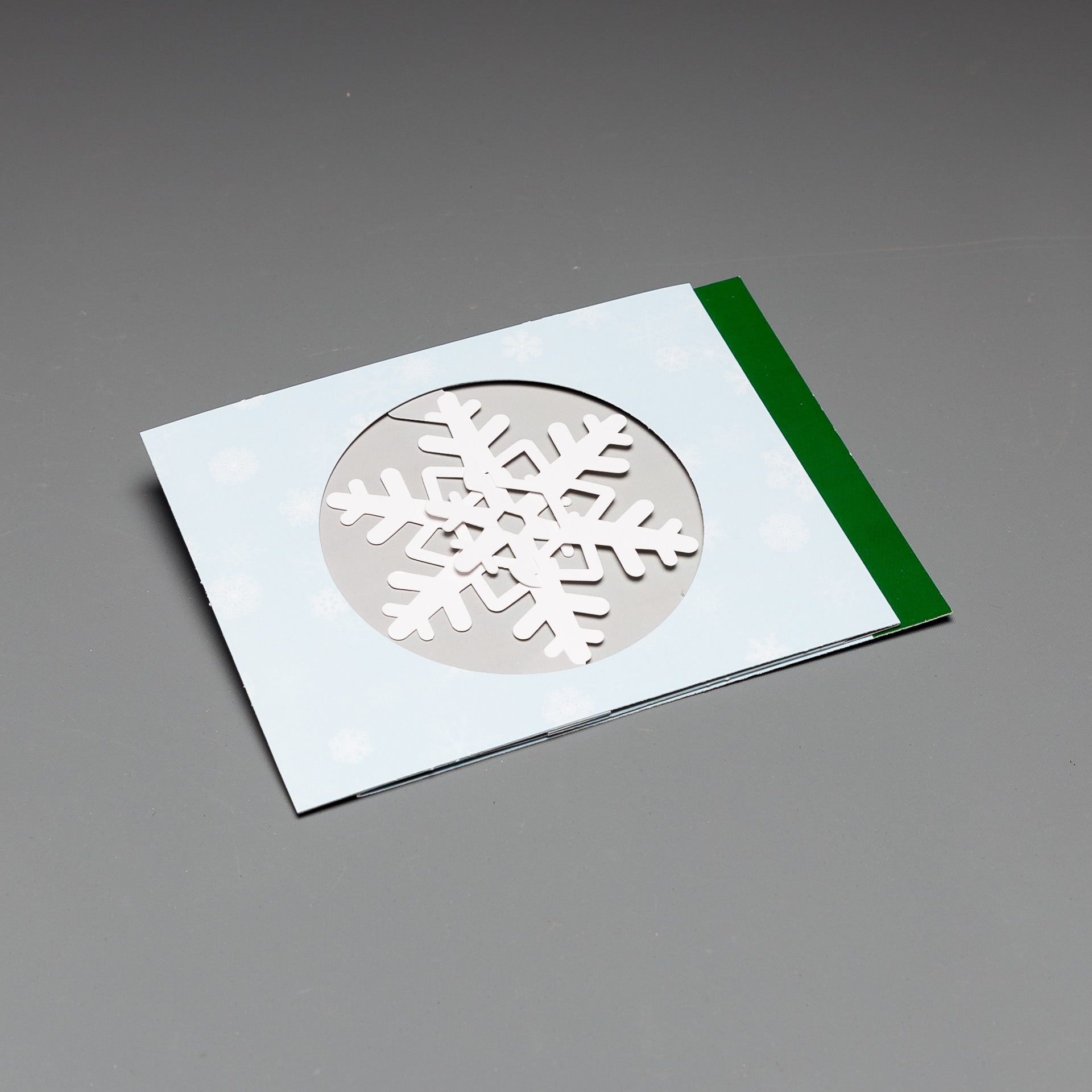 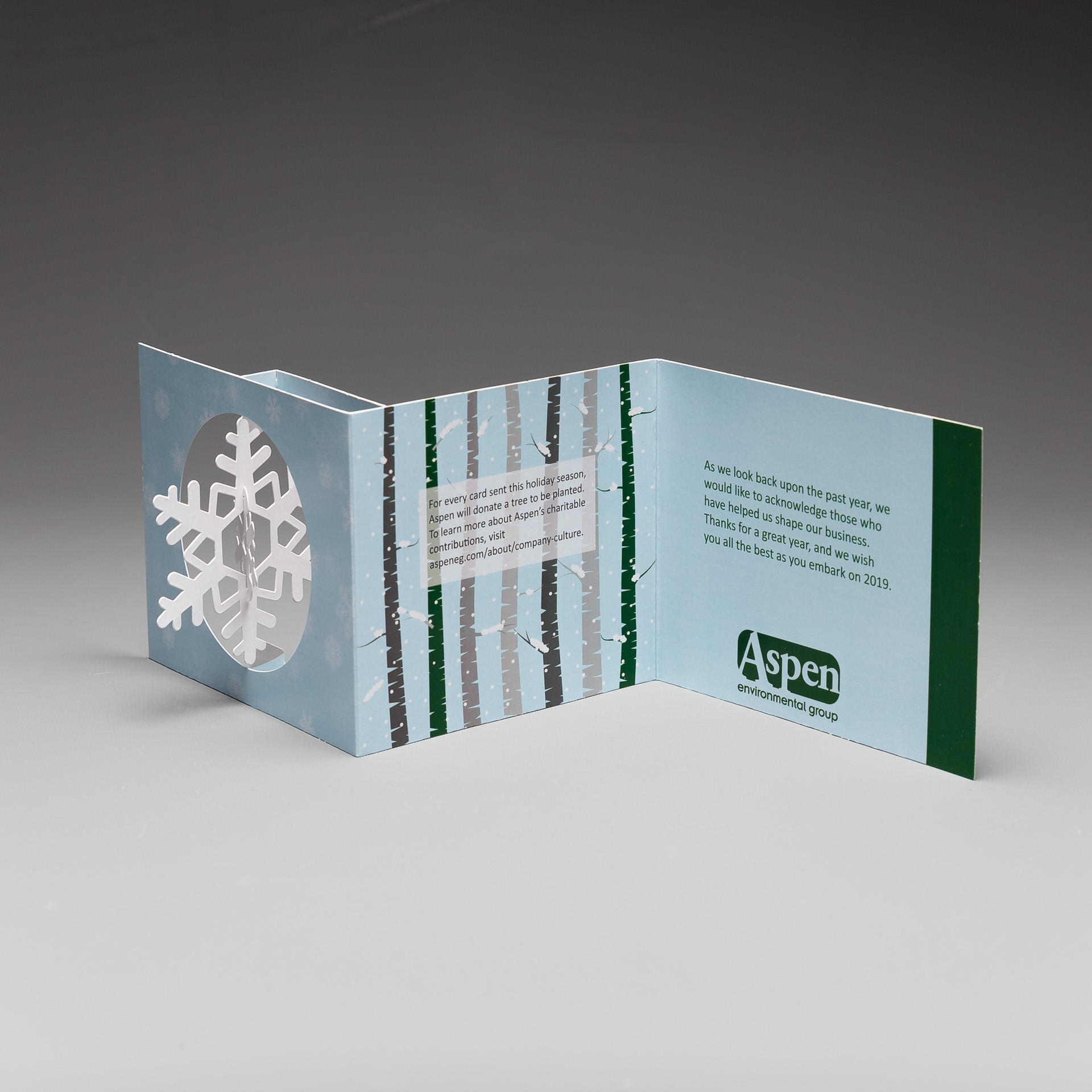