Since its founding, music has been a central part of Skidmore College’s identity. But over the years, as the college’s music department flourished, it was decided that a new music center was urgently needed. It had to be one large enough to house the growing music program, but also had to meet the college’s (and students’) standards when it came to collegiate music performance and education.


And so the Arthur Zankel Music Center, named in honor of a longtime Skidmore trustee and parent, was born.

In order to drum up initial support for the space, Skidmore’s Senior Associate Director for Donor Relations, Barbara Casey, helped create a campaign that would announce its purpose and encourage funding. It was so well received that she and her team decided to give it another try, 10 years after the building had opened.

“Originally, the intention was to steward our main space donors for the Zankel Music building,” she said. “We thought this was like a final 'hurrah' for the way we were going to steward these donors and we wanted to do something special.”

The team at Skidmore, a repeat customer of Red Paper Plane, had previously seen the video brochures on RedPaperPlane.com and thought the 4.3" Video Screen Center Reveal design would be perfect. Designer, Mike Sylvia, commented “The fact that it opens up almost like a curtain does on a stage and provided us with that sort of reveal made it an ideal thing to use for this purpose.”

“I thought everything was spot-on as promised,” Mike said. “I like the way that it was packaged and had no complaints at all. Everything lined up essentially right to the pixel.”

“I thought it was dynamite,” Barbara said. “It’s so hard to get people’s attention. Even if you were able to send the video through email, maybe some people will click through, maybe they won’t. You send things in the mail and people don’t always notice. This is something that really cut through all the clutter, all the noise, so it was very attractive to us because of that.” 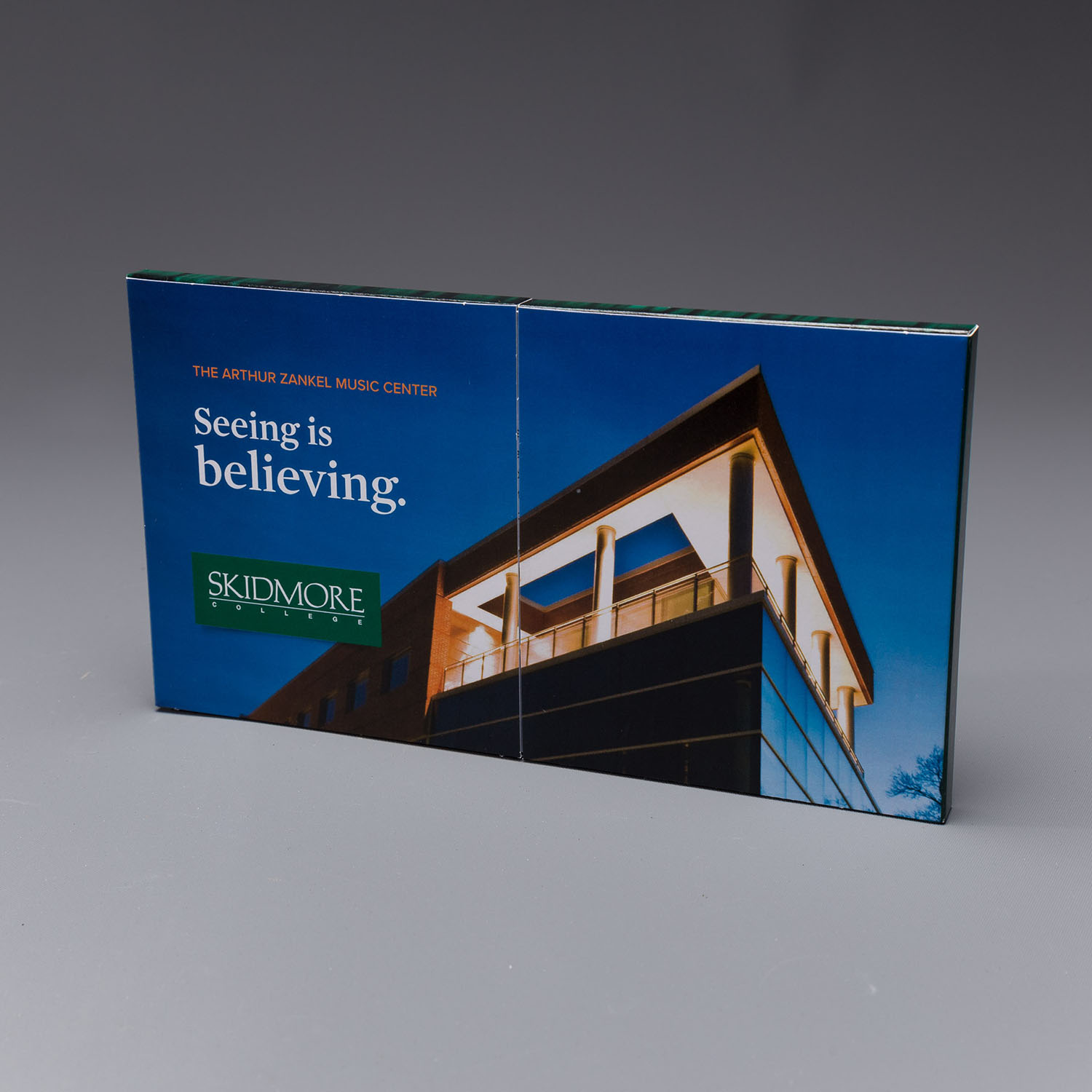 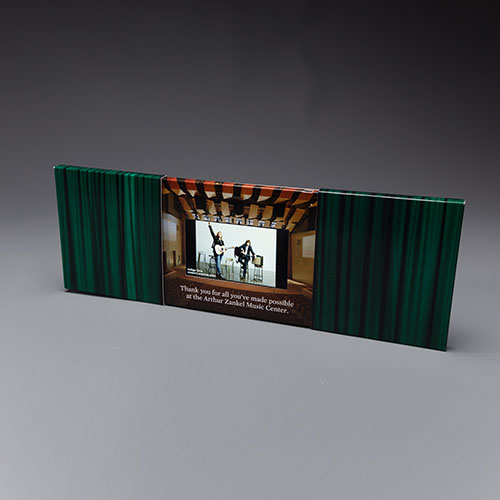 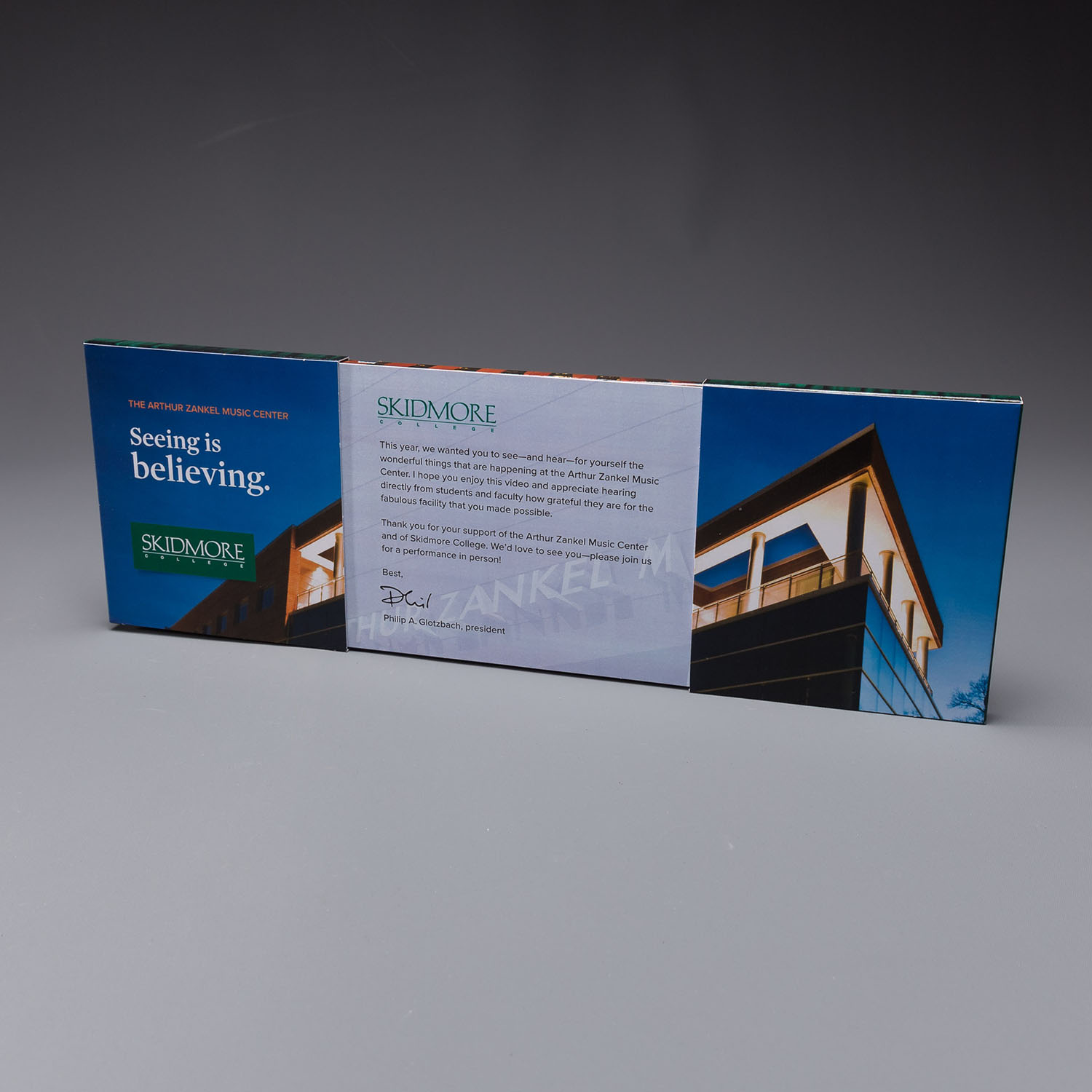