Sul Ross State University in Far West, Texas boasts a combination of small class sizes and an appreciation of both fine arts, the sciences and popular professional programs in a relaxed, friendly environment.

With enrollment down in 2012, Sul Ross State University was looking for an “eye-catching” direct mail campaign to build their Fall 2013 class.

Students are constantly inundated with advertising from their top college choices, both online and in the mail. With the addition of social media, students have more access to information which makes that more challenging for colleges and universities to stand out to this audience.

When Red Paper Plane discussed this project with Sul Ross State University’s VP of Enrollment, they told us they were looking for help designing a compelling piece that would stand out to prospective students. They chose our Exploding Page design, which proved to be the perfect mechanism to accommodate showing a large image gallery of their student life.

The design mails flat, making it cost effective, but then doubles in size once opened, allowing for plenty of real estate for artwork and messaging. The unexpected nature of this design captures the attention of top student prospects, and stands out from conventional flat print and emails that your competitors are sending. The design is also something the student will likely want to hold onto, keeping your school top of mind

The recruitment mailer was so successful, that it resulted in 26% more applications for admission than the previous year. Sul Ross State University was so happy with the success of the campaign, they decided to reprint 10,000 more later in the year. 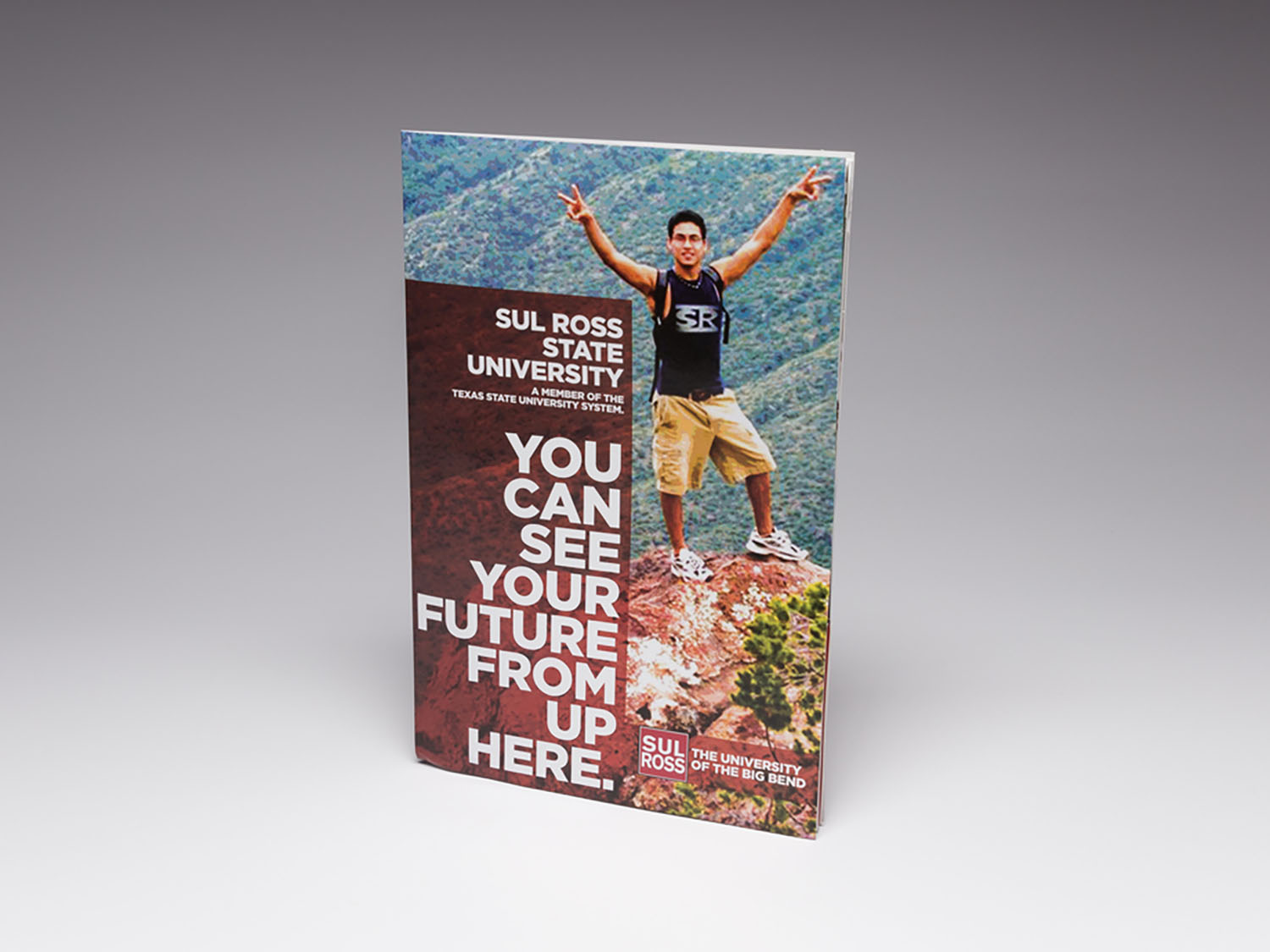 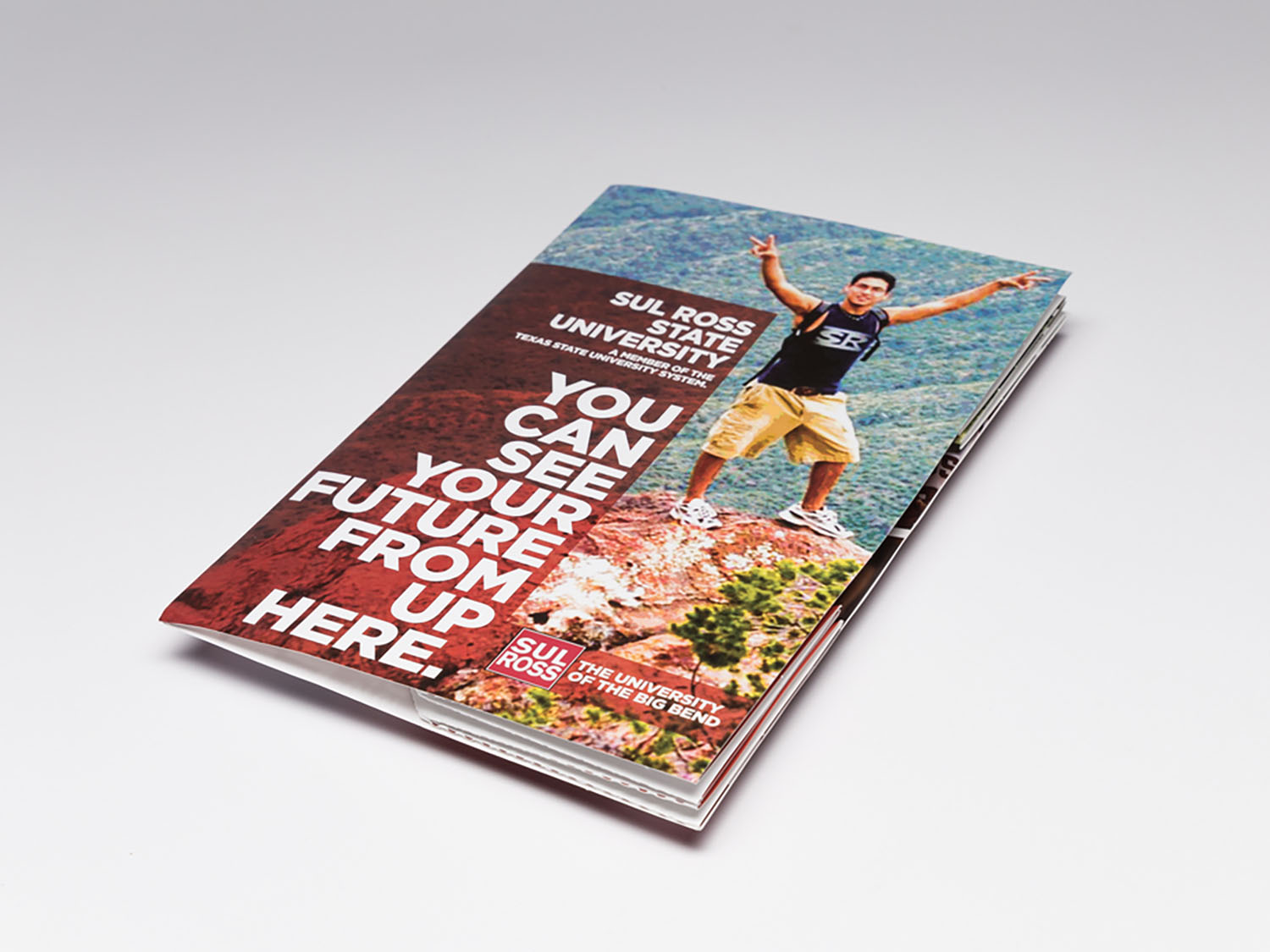 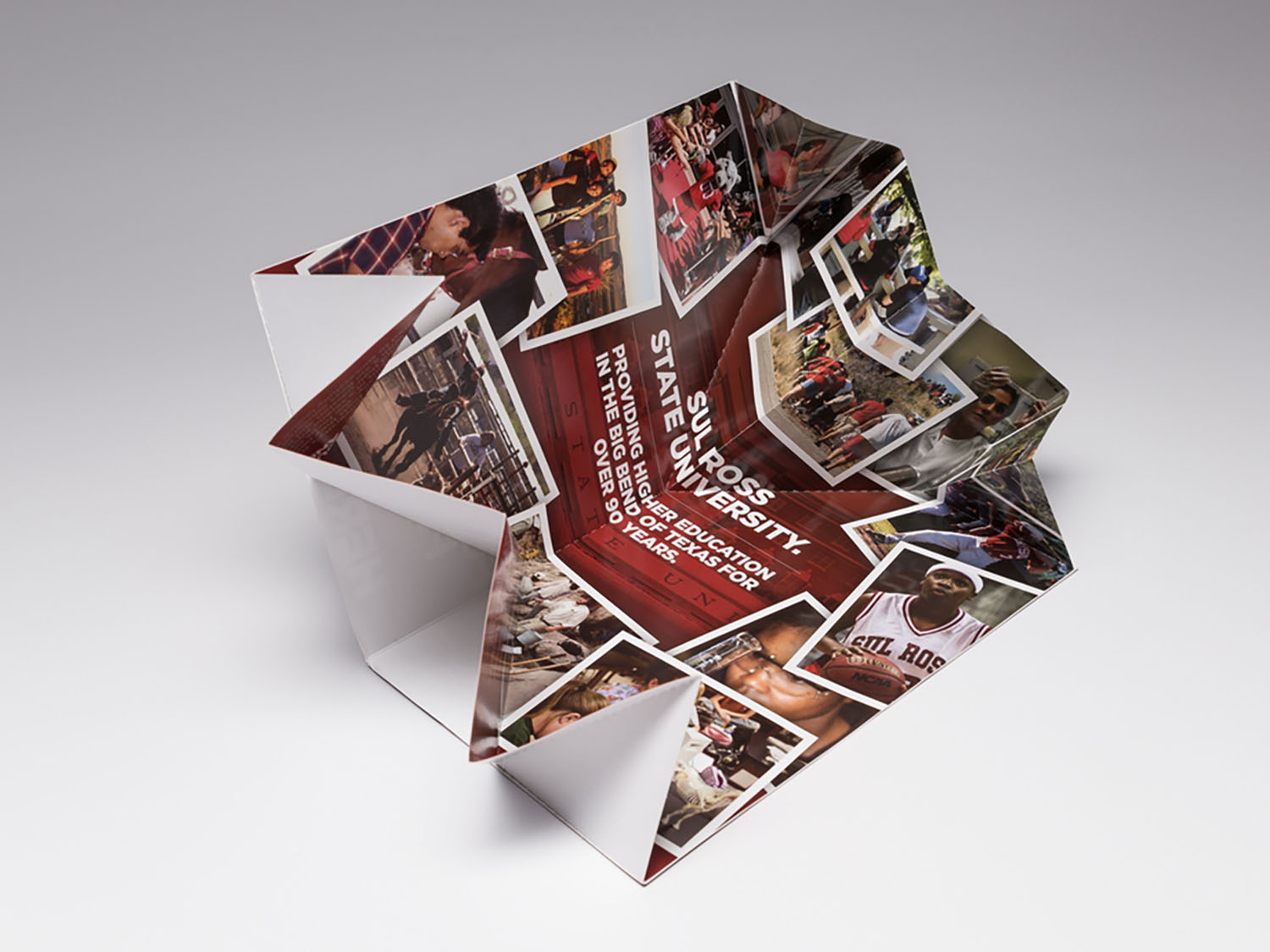