This Hospital Used Video to Increase Physician Referrals by 80%

Their challenge: Dayton Children’s Hospital is a multi-specialty pediatric hospital that sees over 280,000 patients each year. They wanted to promote the opening of a new pediatric facility to encourage doctors to refer patients to the new medical office building.

Our Solution: The 4.3” Video Screen Brochure

The Main Pro: With a video that automatically plays upon opening, the 4.3” Video Screen Brochure is a dynamic and impactful way to deliver a virtual experience of a location or facility.

The Results: The Video Mailer was sent to 280 physicians. After viewing, several pediatric offices requested a tour – exactly the desired result. The video was seen by an estimated 700 people. Since the mailer, referrals by physicians to the new facility has increased by 80%!

Julie Cannon, Events Manager for Dayton Children’s Hospital and Fahlgren Mortine at DCH, described the Video Mailer as a “powerful tool for hard to reach audiences,” a description which is proving to be true, as Dayton’s Children’s Hospital has seen a very specific increase in revenue in that area in the time since the mailer initially went out. 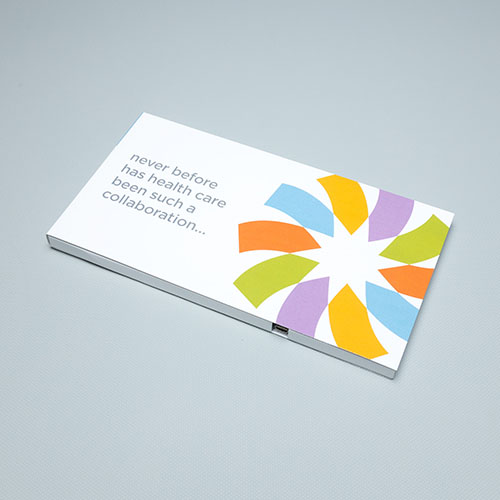 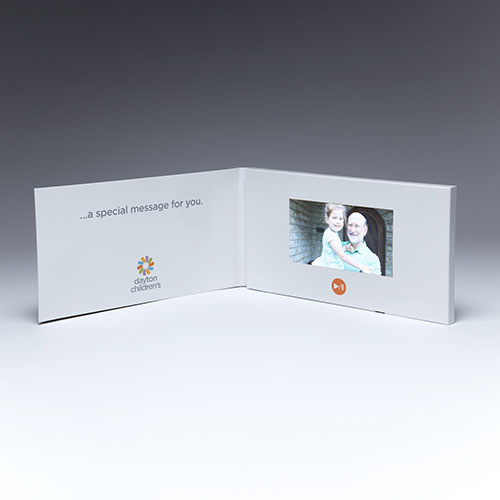