As any marketer knows, the holidays are a great time to get a brand’s messaging in front of customers. But there’s a catch: Every other marketer is thinking the same thing.

During these key times, when direct mail volume and overall marketing efforts increase, it’s even more critical for a brand’s direct mail to stand out. Which is why, for this year’s holiday card, the team at the University of Maryland’s Robert H. Smith School of Business decided to call on the expertise of Red Paper Plane.

According to the School’s Executive Director of Constituent Relations and Special Projects, Jessica Davies, they wanted a piece that would, quite literally, pop.

“We wanted something that was eye-catching; that would stand out in the midst of everything else that people get at the holidays,” she said. “We like the fact that it’s three dimensional, so it literally stands out and up.”

The design Davies is talking about is called the Center Pop. It’s a rubber band-activated product that ships flat and, once it’s removed from its envelope and released from its base, pops up and locks into its fully dimensional table top shape. Customers can personalize both outer panels with graphics, messaging and brand colors as well as an extra two-sided panel, which rises from the base.

“Once we got to the site, just seeing the variety of options that y’all have was kind of inspiring in and of itself,” Hudgins said. “But then they’re also three dimensional. We wanted something that was going to be evergreen; that people keep on a desk all year long. This particular piece really lent itself to that.”

To narrow down their options, the team requested a few free samples of their favorite Red Paper Plane designs. They quickly agreed: the Center Pop was the one.

“While laying out the piece, I guess we hadn’t really contemplated that area inside the stand,” Hudgins said. “I wouldn’t have thought about that until they gave us the options, you know, that you can have a color or some imagery there. The fact that they provided the templates for us...is a Godsend.”

The finished piece included a 2019 calendar as well as a hand-signed note from the Dean.

“When I first saw the mailers, it was the weekend before Christmas - I actually had them shipped to my house because the University was closed,” Davies said. “So, this big box arrives on my doorstep and I’m digging into them and I emailed Wendy immediately and said, ‘They look great!’ And they do look fantastic.”

The mailing, which went out in early January 2019, was distributed to some 300 of the University’s highest-level donors, volunteers and closest friends around the world.

Davies even said she had seen a few of the pieces sitting on recipients’ desks.

“I visited with donors and I’ve seen these sitting on their desks or in their homes and that is a wonderful thing,” Davies said. “It’s a reminder of the University that they can have with them.” 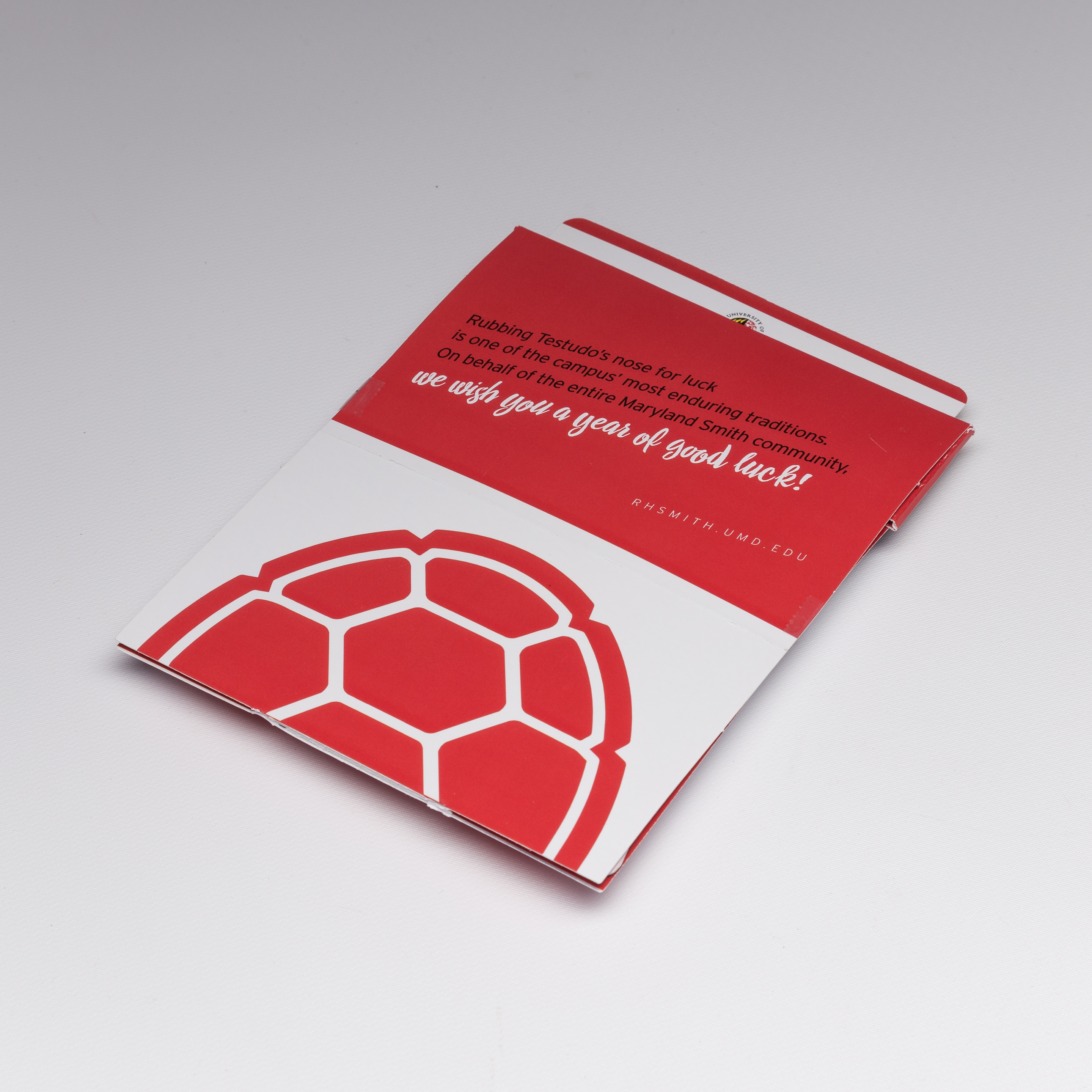 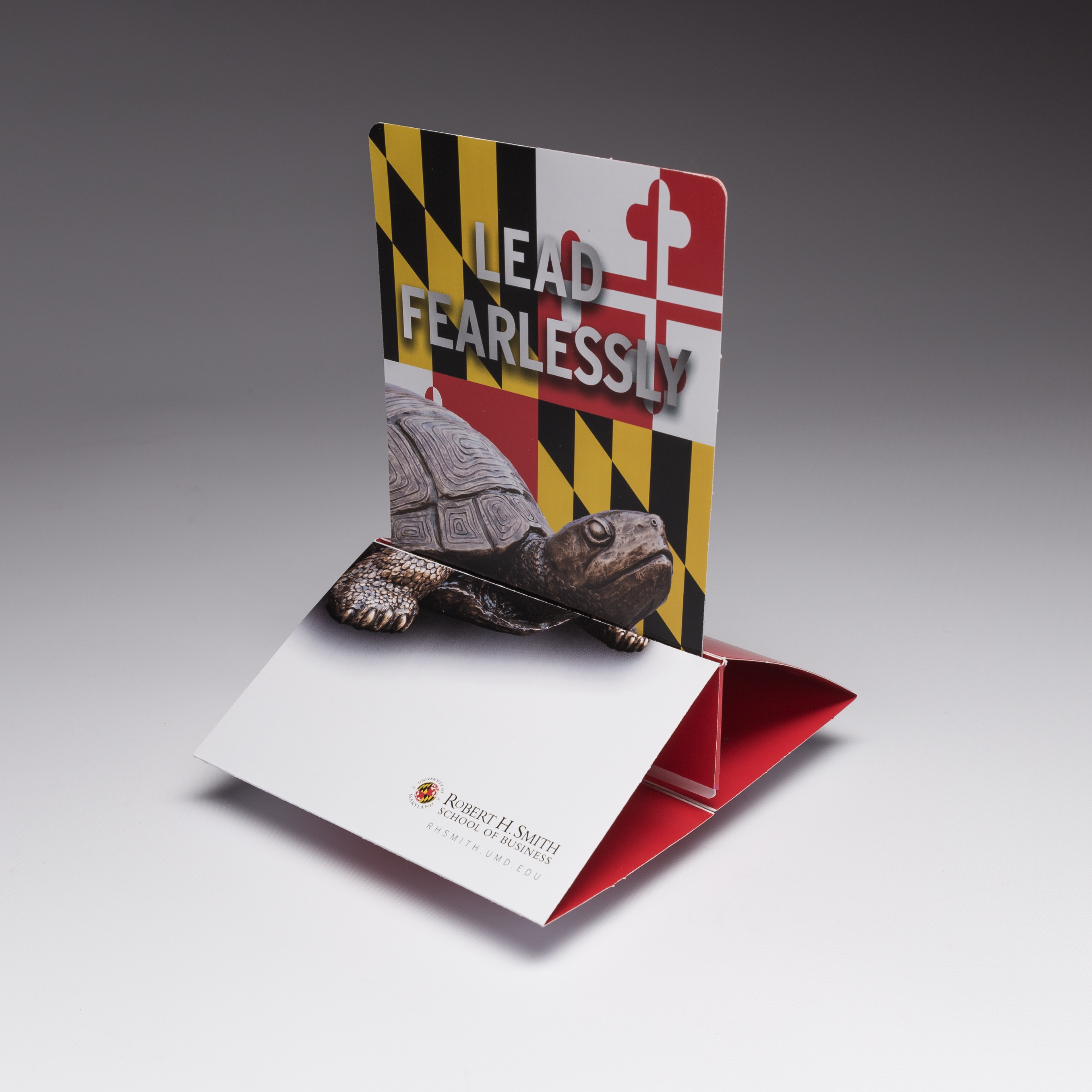