Missouri State University Captures Attention with the Pop Up Cube

The idea was a grand one.

“We wanted to do an invitation like we’ve never done before,” said Stephanie Smith, Senior Director of Donor Relations and Special Events for the Missouri State University Foundation. “Something a little more interactive. Something that would really get people’s attention.”

Stephanie, along with her colleague Amy Schuldt, chose the design to tease the October 26th reception in which the University expected to announce a comprehensive campaign effort.

The solution? A 3" Pop Up Cube by Red Paper Plane.

“We definitely wanted to do something that would set the invitation apart,” she said. “We have all the information we could share on the Pop Up Cube, so they could save it and keep it on their desks. I’ve worked here for 15 years planning events and we’ve had more people calling about this invitation than I think we’ve ever seen.”

The Pop Up Cube, one of Red Paper Plane’s most popular and versatile designs, literally pops out from its envelope once the zip strip is removed. Its six sides offer businesses and universities an opportunity to deliver thoughtful brand messaging and customization through things like graphics, logos, and colors.

“I think we’ve engaged people we haven’t engaged in a really long time,” Stephanie said. “I think that it made a big difference in the whole experience of it all. We talk to a lot of people, alumni and donors, about what we do, but we’ve heard from people that we haven’t heard from in awhile who have been calling us up just to say how great the invitation is. It’s really wonderful.” 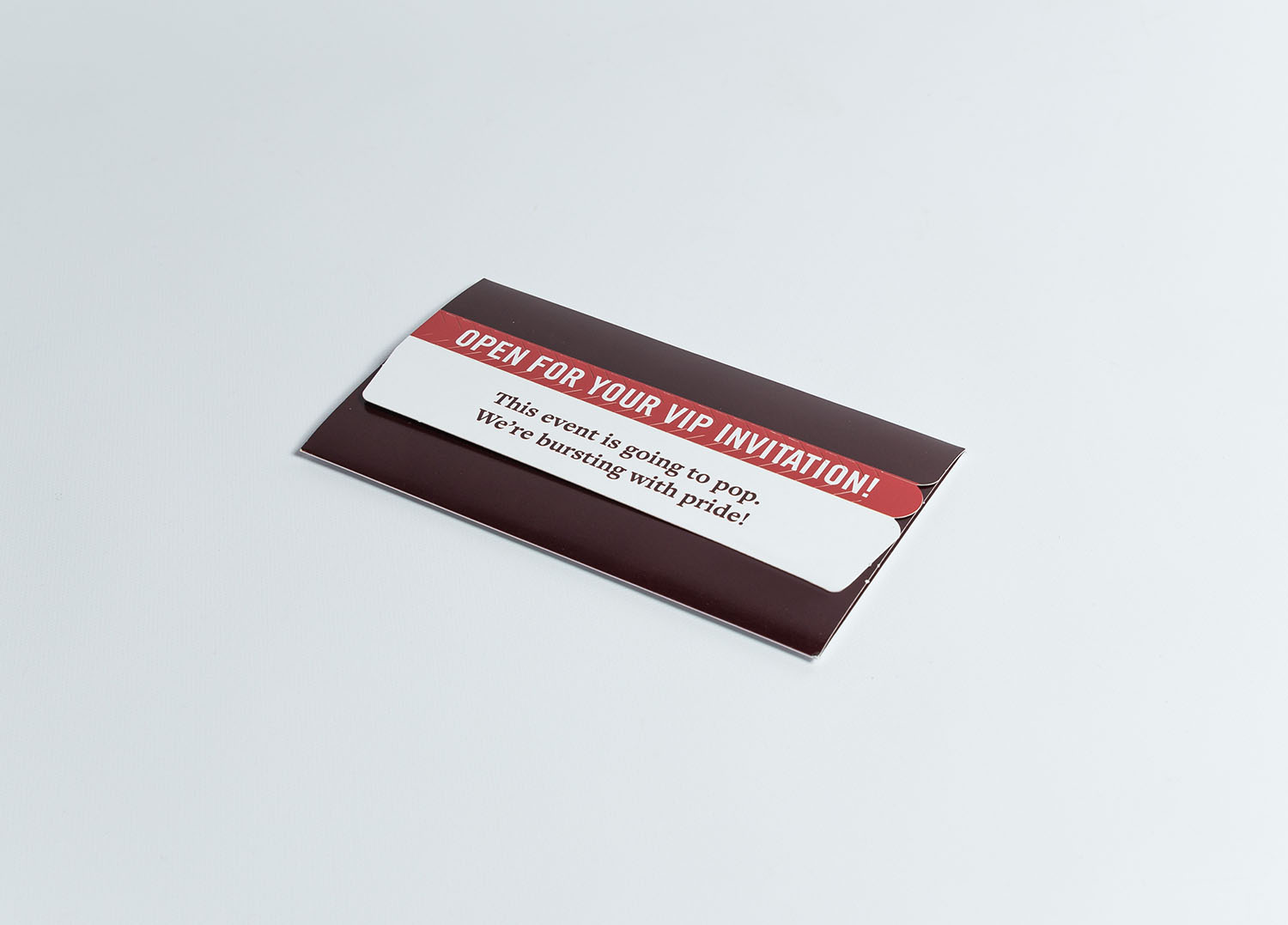 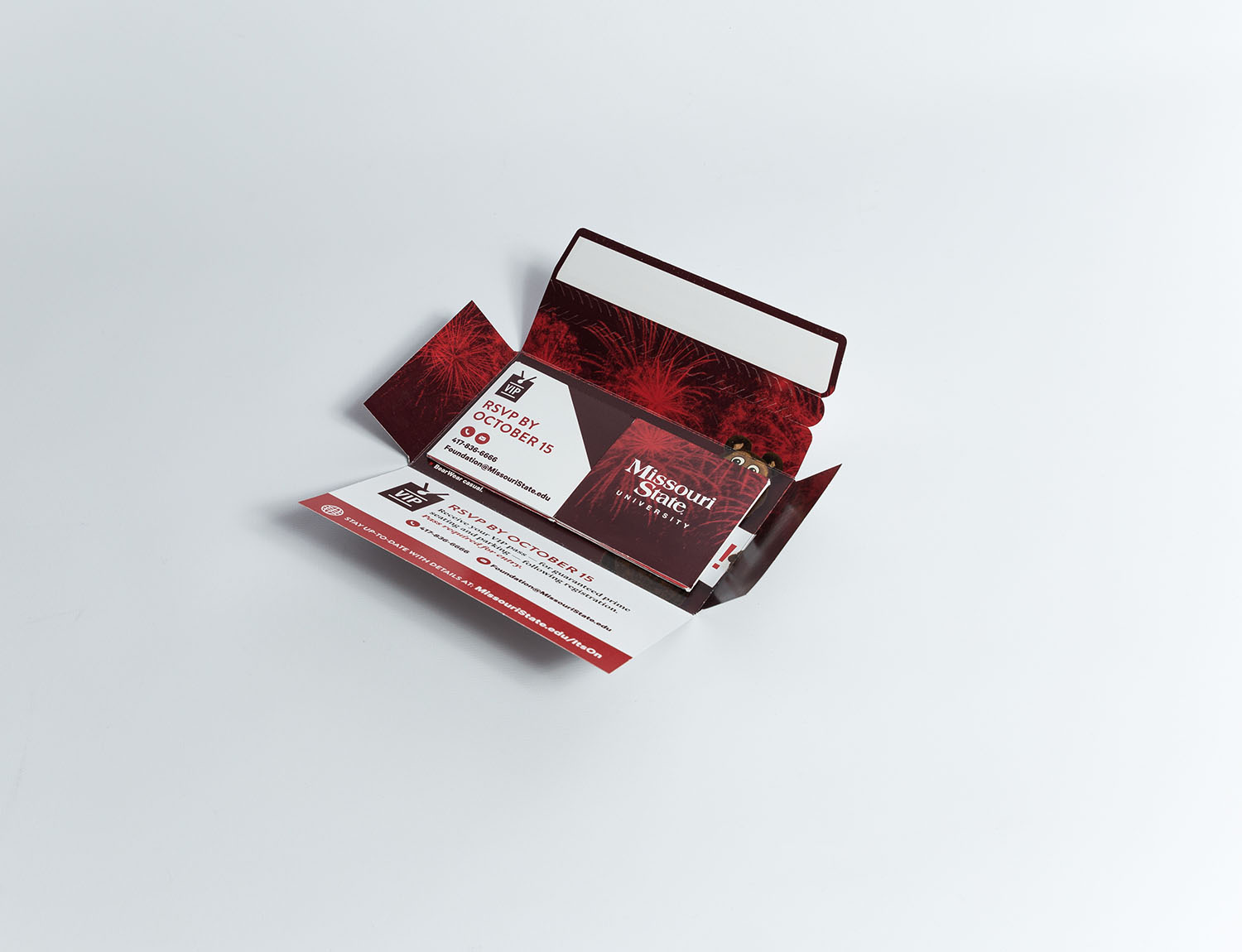 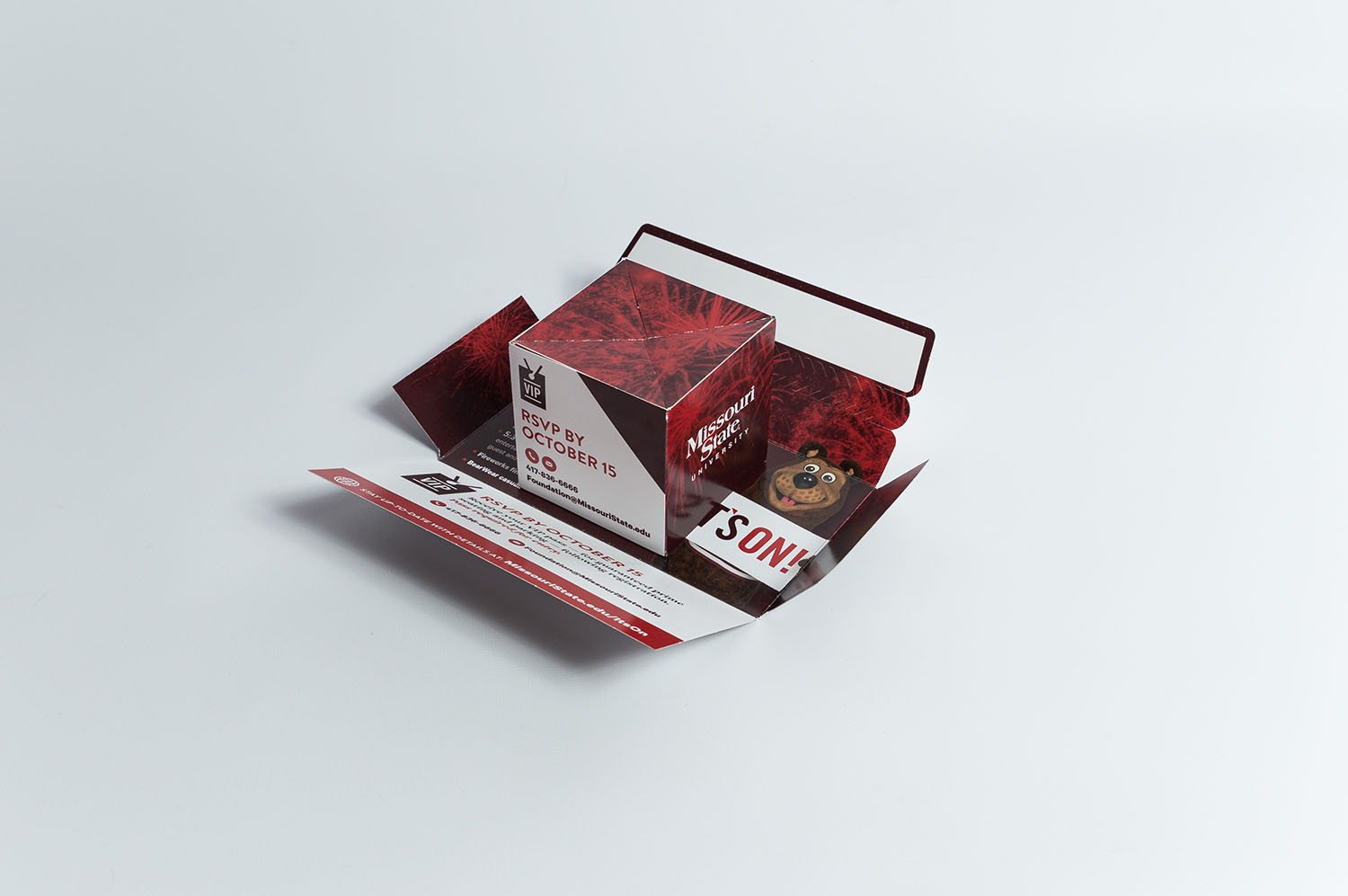 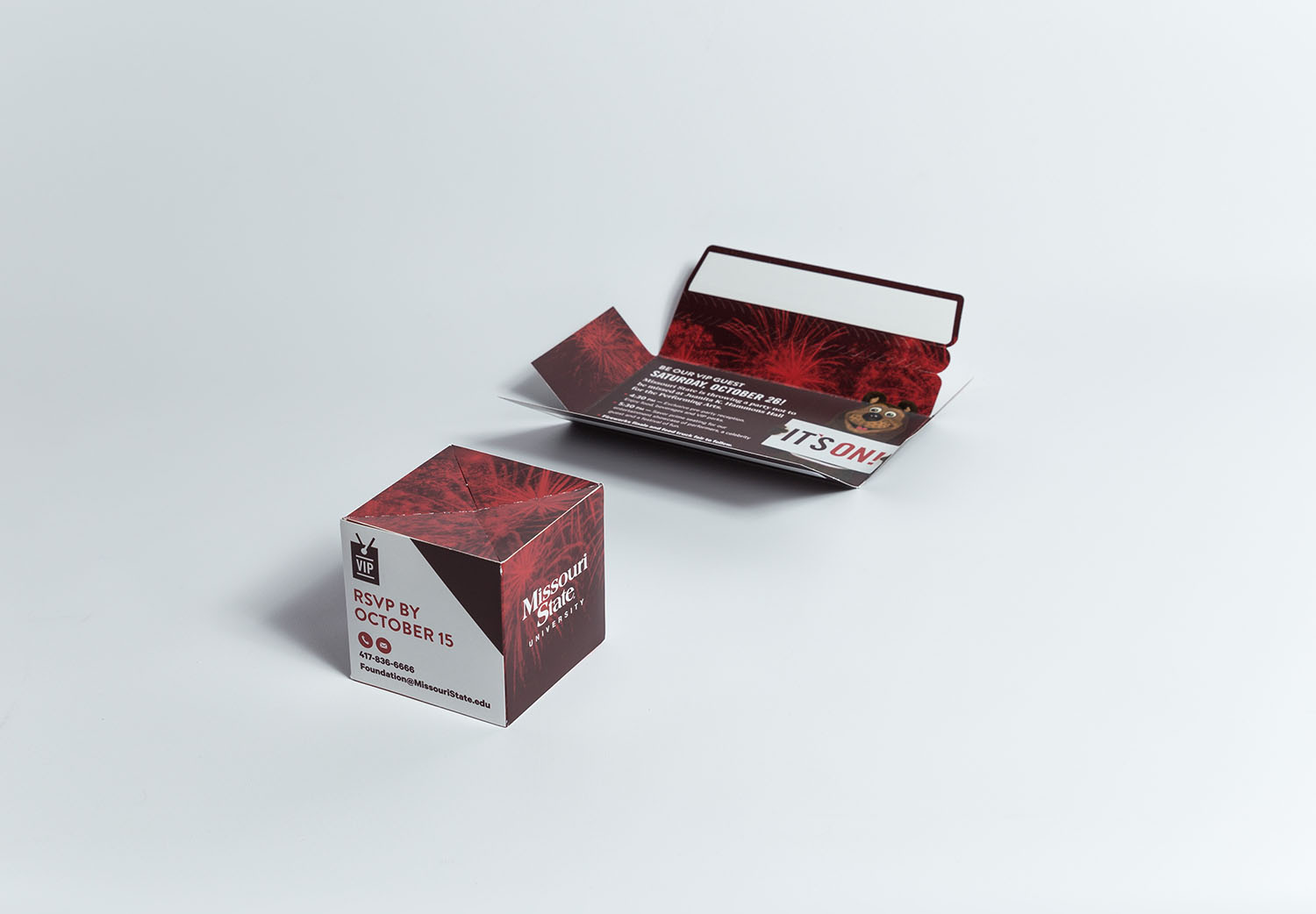